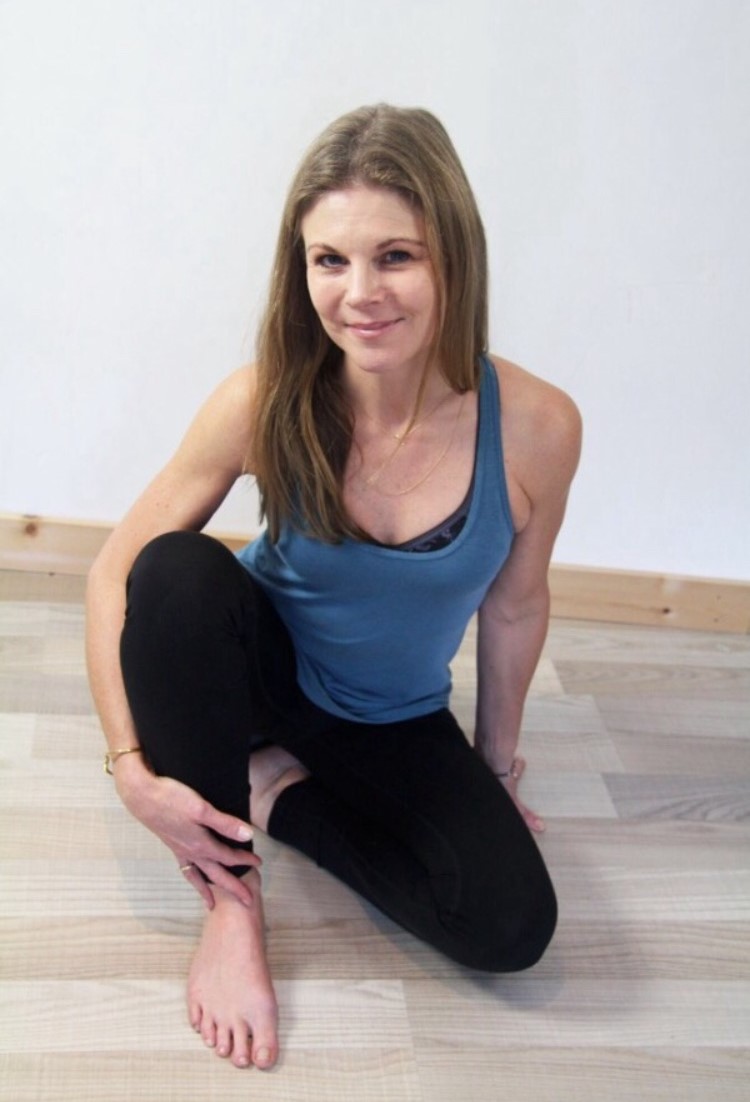 Sylvia’s love of yoga and dedication to her practice, studies and students is apparent in her classes. Her attention to detail in the language she uses and her thoughtful sequencing encourages students to be mindful in body and breath. The goal is to focus attention; the result is a deep sense of lasting calm and a physical practice that is both safe and challenging. Weak spots become stronger; areas of tension and tightness soften. She guides each student to focus their awareness deeply on aspects relevant to them, at that moment, always seeking balanced effort. Sylvia is a regular teacher with the Yoga Hub Teacher Training Team, enthused by a love of learning she has a passion for encouraging others to grow and develop.

Sylvia is a DCU and Yoga Therapy Ireland graduate, she teachers yoga and meditation in Dublin and internationally. Nationwide featured Sylvia as a teacher that ‘exudes the calmness she aims to instil in her students’. 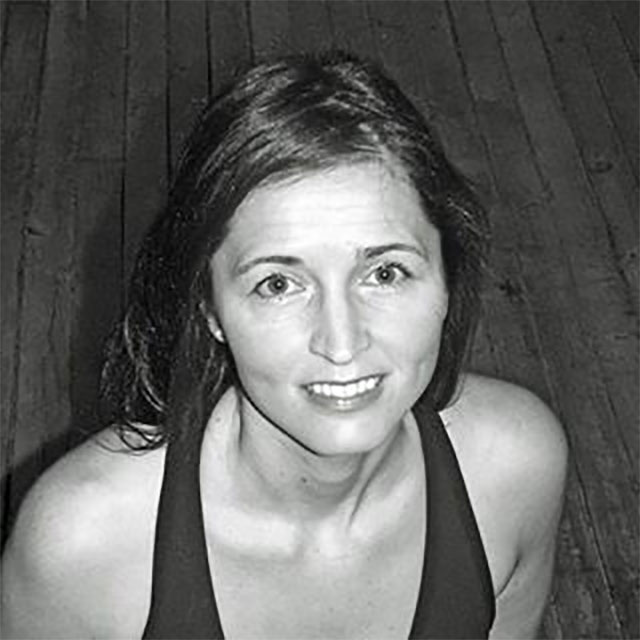 Guylaine’s interest in yoga began in high school at the age of 16. Among her first teachers in meditation and yoga were Shirley MacLaine and Erich Schiffmann. In 1998, she began studying at The Yoga Sanctuary downtown Toronto, Ontario. It was there that she fell in love with Ashtanga yoga under the guidance of her teachers Jonathan Austman and Michael Stone.

In 2000, she completed her first (of dozens) Yoga Teacher Training that delved deep into the eight limbs of Ashtanga yoga. In 2002, she returned to Halifax Nova Scotia and immediately began teaching Yoga Asana.

Instantly she became one of the most sought after yoga instructors with a dedicated student body that has continued to follow her for the last 18 years-mainly due to her obvious love and dedication to the practice and the lineage from which it comes. As well as this, she’s known for her intuitive assists, her open heart and off-beat sense of humour.

She’s now considered a master teacher in The Maritimes, Canada. She was the first to introduce post natal, kids and hot yoga to Halifax. She has been consistently studying with some of the greatest senior yoga teachers and has been fortunate to be a host to many of them in Halifax, NS. She was the first to welcome Tim Miller, Kathryn Bruno-Young, David Swenson and Krishna Das to Halifax.

Others include Darby, Hart Lazer, Jonathan’s Austman and her mentor and friend of 20 years Michael Stone. She’s studied intensively for months in California with Tim Miller and Rich McGowan as well as in Mysore, India with Sharath Jois.

She’s certified in the 1st and 2nd series of Ashtanga, Pre and Post Natal, Yin, Kids and Trauma-informed Yoga.

Finally, Guylaine has been mostly guided by the work of the late Michael Stone and her teaching and practice are mostly a continuation of that knowledge. She’s studied the psychology of yoga, mindfulness meditation, ethical precepts, vipassana, the essence of yoga, pranayama, trauma-informed yoga, the new-wave of yoga, yoga philosophy and Hatha-vinyasa all under the mentorship of Michael Stone. Unfortunately, Michael passed before she was able to complete his request for her to officially become one of his mentees.

Guylaine believes passionately in community and through it and a meditation and yoga practice, believes much healing can occur. She is dedicated to helping her students learn the tools they need to become independent.

For the last decade, she’s been offering yoga classes by donation as she has a strong belief that Yoga needs to be accessible. “You can’t heal all by yourself. You know colter did anyone heal all by himself. or herself We cannot do this alone.” Michael Stone. 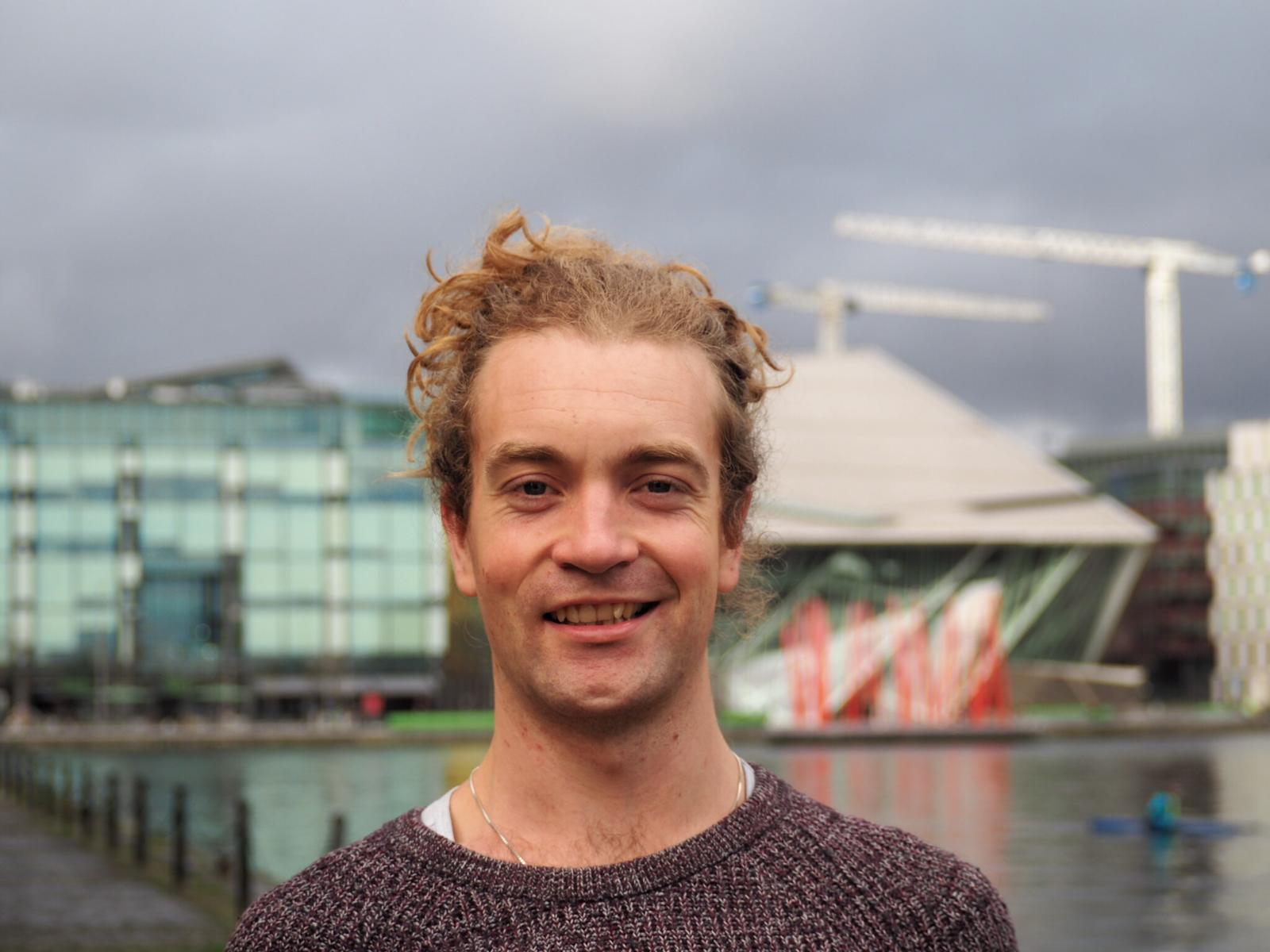 Brian is a yoga and breathwork teacher based in Dublin. Brian undertook his teacher training in Goa, India, studying extensively the lineages of Hatha, Vinyasa, Ashtanga, Iyengar and Therapeutic yoga. His yoga classes are breath focused and based on alignment and conscious movement, while also encouraging students to intuitively explore the uniqueness of their own bodies and practice.

He also teaches breathwork classes, where the focus is on developing a deeper relationship to the breath and connecting to its natural power as a tool for healing, transformation and relaxation. Brian believes that by consciously and compassionately connecting with the body and breath, they can begin to act as an anchor into the present, creating greater clarity and awareness, and allowing access to a simpler flow of life. 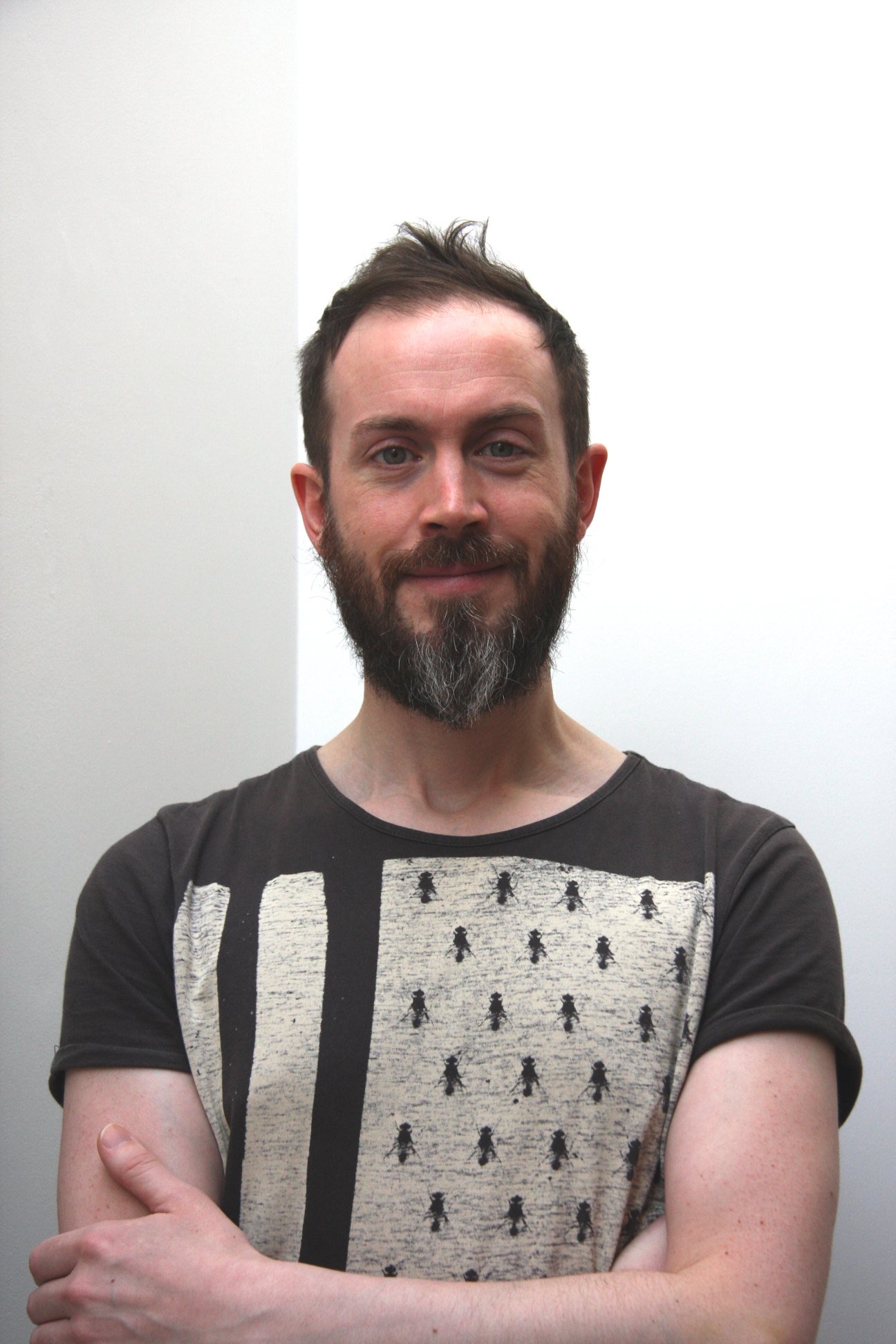 Rohan has been a full time yoga teacher for over twenty years and has been training teachers for more than a decade. Originally qualified in Iyengar Yoga and influenced by the Ashtanga and Vinyasa styles, his teaching is based on traditional alignment and fundamentals which are constantly evolving with experience and intuition. 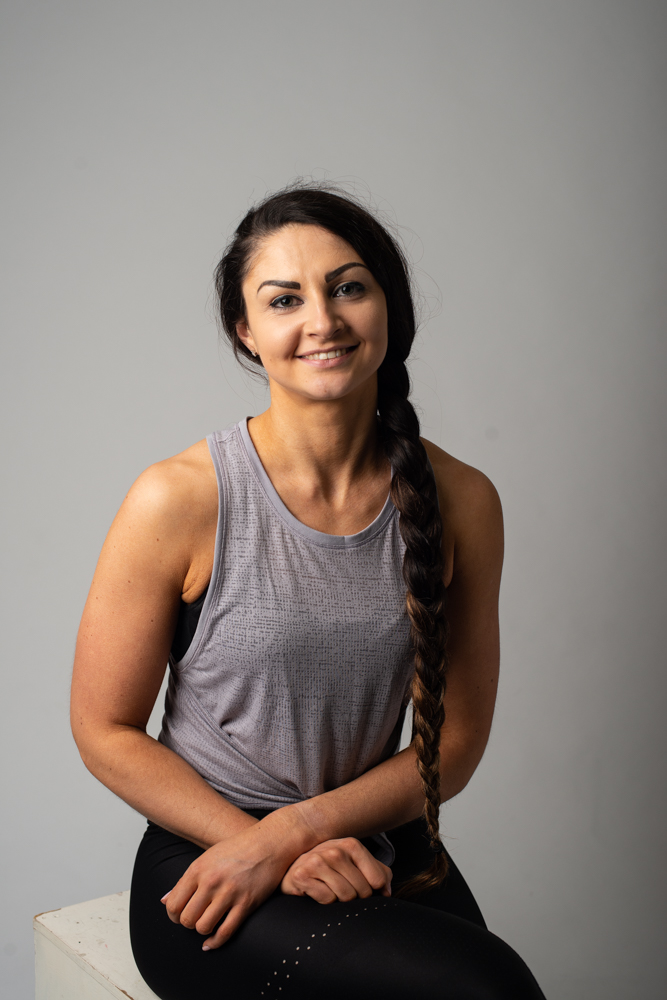 Suzanne is a 500RYT and 200 E-RYT teacher based in Dublin. She completed her first 200hr training in Vinyasa/Hatha Yoga and has since trained in Ashtanga Yoga and (her biggest love) Progressive Ashtanga Yoga (Rocket Yoga) under David Kyle and The Yoga People as well as Yin Yoga with Nico Luce. She is passionate about sharing and learning as much as possible about the practice of Yoga in all it’s forms. She currently manages and teaches on all 200hr trainings at YogaHub. 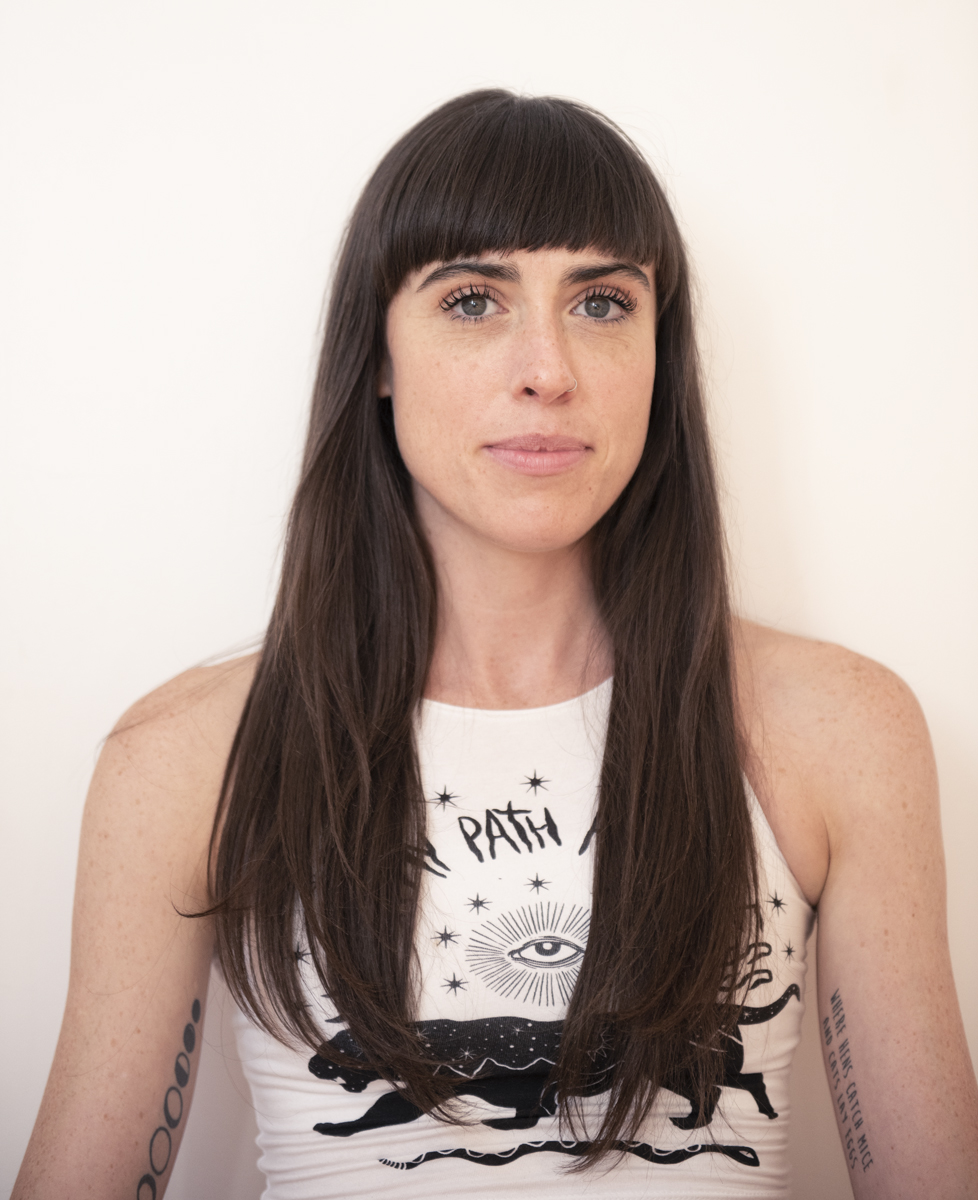 Kate is a Dublin based yoga teacher, teaching vinyasa, yin, hatha and teen yoga.With over 1000hrs training under her belt, she completed her first 200YTT in Chakra Yoga in the Philippines in 2015, then went on to complete her second 200YTT in Hatha Yoga with Arhanta yoga in Khajuraho, India in 2016, she returned to the ashram the next year to assist on their teacher training.Kate took her first Yin training with Arhanta Yoga in their ashram in Arnhem, Holland this same year, then went on to complete her 300YTT in the Elbowroom Dublin in 2017, during which she began her yin training with Josh Summers (shes 100hrs into the 300hr training) In 2018 she went back and took her third 200YTT in Vinyasa in Bali with the Bodhi Yoga Academy, it was here that her passion for Ashtanga was ignited and she began her Mysore practice.She has been inspired by all her incredible teachers along the way especially Susan Church, Sam Vetrano,Irene Pappas, Ram Jain & Omkar Jain and is constantly training and upskilling. Kate teaches a dynamic, creative vinyasa class with ashtanga influences.

When using the Mindbody app, please use the same email address for both your Mindbody account and your Yogahub account to sync passes.
Terms & Conditions
© 2021 The Yoga Hub Ltd., 27 Camden Place, Dublin 2.
Company# 542546 VAT# 3269161HH